Ten Mistakes to Avoid When Retiring

You learn a lot over 30 years as a financial advisor.  You see those who make smart decisions with their money and those who wish they could have a “do-over”.  I’d like to impart some of the wisdom that has been gleaned by working with so many different kinds of people who have faced a variety of situations.  If nothing more, I hope you might recall a few of these nuggets as you are faced with decisions in the years to come.  And, if there is something on the list that you haven’t though about, take some steps today to deal with the issue. You will be glad you did!

You would be amazed at how many people decide to retire and have never consulted with a financial advisor to develop a plan.  Now when I say plan, I don’t mean a two inch thick binder with lots of meaningless charts and graphs and numbers.  Usually, these plans sit on a shelf and collect dust.  What I am referring to is engaging in a thoughtful comprehensive process that will enable you to make smart decisions.  We start with the big picture strategic view first and then work our way to tactics.  You can’t do great planning the other way around.  Once you have the framework completed you can implement the various components of the plan.

You have spent thirty years working.  Your pay has likely kept pace or exceeded the amount of inflation.  Consequently, inflation has not been on your radar screen.  But, now imagine yourself retired collecting a fixed pension and/or required minimum distributions from your retirement accounts.  Chances are pretty good the buying power associated with those checks is going to diminish over time.  Let’s take an example of someone collecting a pension of $100,000 per year over the past twenty year period.  The purchasing power of that 100K dropped to $65,000!  So, now you are 35K short of the same standard twenty years prior.  The best way to counteract this effect is by making sure you have enough money in investment asset classes that are going to keep up.  By going too conservative in retirement, you just might end up on the losing end of the stick.  Inflationary risk just might be more risky than market risk over an extended period of time!

How many times have you heard of retirees hang on to their old company stock only to see it all evaporate before their eyes.  Let’s take the example of GE.  GE was monster S&P 500 company for many years.  They were diversified, paid high dividends, and had great stock appreciation.  From January 1980 to December, 2000, the stock gained over 4,000%!  What’s not to like – you are enamored with the company!  You decide to retire at age 60 and hold the stock forever.  But, the tide turns and the company falls from grace.  Consider this:  From June 2001 until 2018 the company stock drops 62%!  You are now 78 years old and wondering what happened.  The Total Stock market index on the other hand increases by 172% during the same period.  There are lots of examples of the same kind of thing out there.  Don’t assume that a good thing will go on forever.

You might be able to afford to retire, but, what is your new purpose going to be after spending thirty-five years working.  For some, the adjustment is seamless.  They might pursue a new career.  They might pursue another interest or hobby which brings them a lot of joy.  But, for others, they just don’t have that something to go to everyday that keeps them energized and engaged.  Retiring at age 55 for them might not be a good idea.  They might lack a new purpose.  Better to do some leg work while you are still employed to address some of these question before you decide to retire and it’s too late to go back.  The grass can sometimes appear greener on the other side of the fence when it really might not be.

By not doing so you could leave many thousands of dollars on the table.  You might be tempted to file for social security as early as possible, but, you have a history of longevity in your family.  Each year you delay receiving benefits from normal filing age, your benefit increases by 8%/yr!  But, for others filing early might just be the better decision for either financial or because they have medical issues and a shorted life expectancy.  Another strategy is to collect spousal benefits and convert to your own benefit at age 70.  The point is to explore all the possibilities early so you can make an informed decision.  Don’t try to do it so fast you miss something.

You might have visions of turning over a new page in your retirement years.  You might want to travel the world, buy a sports car collection, or do things that you have never done because you didn’t have the time.  But, sometimes you might get carried away.  Human beings don’t generally change just because they are retired.  You likely carry the same values and live the same way that you did 30 years ago.  I’m not saying don’t try to change, but, rather make decisions that reflect who you have always been.  When you suddenly try to be somebody different that could lead to making financial mistakes.

Instead tread lightly.  Ease into your new life.  Consider what kinds of activities really get you jazzed, not simply busy.  If it’s spending time with your grandchildren, do it.  But, if that’s just not you 100% of the time and starting a new business is what gets you excited, do it.  Don’t do what other people think you should do.  Do what you love.  Most retirees we talk to say they are busier than when they were working.  That’s great, but, in the same breath you can sense it might not be in the areas that give them the most satisfaction.  Take your time!

Here are the facts from the National Council of Aging:

You are considered a late enrollee in Original Medicare (Part A and B) if you are eligible to enroll but do not, either during your Initial Enrollment Period (IEP) or a Special Enrollment Period (SEP). If you delay enrolling in Medicare because you have employer coverage, you qualify for a SEP to enroll in Original Medicare or Part C. You have 8 months to enroll in Part A and B or 63 days to enroll in Part C or D after employer or union health coverage ends, or when the employment ends (whichever is first).

To avoid being penalized for Part A and Part B determine when your enrollment period is and create a plan for when you will enroll. It’s important to remember that you can enroll in Medicare as early as 3 months before your 65th birthday and as late as 3 months after your birthday, to avoid penalties. You can also enroll in Medicare while you are covered under an employer’s plan.

Bottom line, understand the enrollment deadlines and get professional help making all the decisions around Medicare if you need it!

You are required to start taking distributions from your retirement accounts when you are 70 ½.  Failure to do so results in a 50% penalty!  There are lots of rules about how you must take these distributions that go well beyond this post.  But, the key is to make sure you do it correctly.  A good financial advisor can help you determine where the RMD should come from and how to use the distribution as an opportunity  to rebalance your portfolio.

Retirement is an emotional time.  You want to make changes in your life and moving to a new area might be enticing.  Many want to move where their children and grandchildren reside.  But, sometimes people fail to see the downsides in such a decision.  Maybe the family is so busy they can’t really spend as much time with you as you thought?  If your children are professionals, chances are they might change jobs frequently and even move away.  You might be moving away from your support system and you would need to build a new one.  Are you the type of person who can do that easily or would it simply take too much time.  Moving can be wonderful, but, maybe give it a little time so you can sort out the risks of such a move. 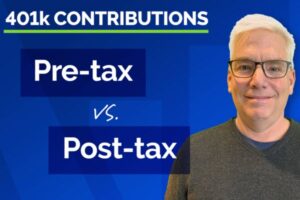