In Part One and Two of this three part series we discussed the challenges of generating income in retirement.  Those with high balance IRA’s, 401(k)’s, and other qualified plans face one set of challenges while those with the bulk of their wealth in non-retirement accounts face another.  However, for those who plan to retire early, there could be an opportunity to reduce taxes on both IRA distributions as well as dividends and capital gains generated from non-retirement accounts BEFORE social security begins (as late as age 70) and required minimum distributions begin at age 72 (was 70 ½ under the old rules).  These issues were discussed in Blog Part One and Blog Part Two.

The following chart illustrates the problem and opportunity:

The Secure Act took effect on January 1, 2020 and was billed as a program to make it easier to save for retirement and make retirement plans accessible for more people.  However, for those who have been steadily investing in qualified retirement plans for many years, the Secure Act eliminated one of the most significant benefits of IRA’s – the ability of beneficiaries to postpone taxation for generations – the Stretch IRA.  Under the old law you could name anyone as the beneficiary of your IRA and upon death the money would flow into an inherited IRA to remain tax deferred.  Yes, you would need to take an annual required minimum distribution, but, the money could remain in the inherited account and be passed to future generations.

Now the IRA must be emptied by December 31 ten years following the year of death.  What was once a benefit for future generations now lasts for a mere ten years!  There are no longer required minimum distributions and the account can be emptied in whatever fashion your beneficiary wants – year one, year 10, or anything in between.  There are five exceptions to the ten year rule:

Under the old rules, grandchildren were frequently named as beneficiaries to get the maximum stretch.  This planning strategy will no longer work so people who intended for this to happen should reconsider the method by which their heirs receive their assets.  Also, Roth IRA beneficiaries are also subject to the ten year rule even though no tax is due as the money comes out of the inherited Roth IRA account.  And above all, remember that there is a 50% penalty on any amount NOT taken within the ten year period.

As you can see, it becomes critical to consider the tax consequences to the beneficiary vs. the account owner now that the account must be emptied within ten years – especially when large IRA’s are involved.  The amounts received by the beneficiary could easily push the beneficiary into the upper tax brackets when combined with their own earnings and with that of a spouse if married.  So, bottom line, one will want to perform some advanced tax planning as they age and have more clarity around the financial situation of their beneficiaries.

For those who have the bulk of their assets in non-retirement accounts, your heirs receive a step up in basis upon your death which essentially eliminates any taxes dues on the appreciation of the investments which pass from one generation to another.  You have to really do some planning to determine if loading up on contributions to IRA’s, 401(k)’s, 403(b)’s and other qualified plans is the right thing to do as you look at the tax impact during your life and to the next generation.  After that, does anyone really care?  This question will be the next topic of this blog! 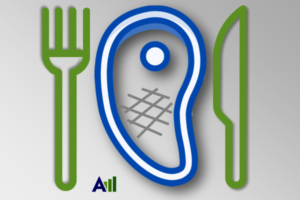